Edinburgh Rugby’s young prospects were given their opportunity – in a baptism of fire some may say – against Zebre last weekend. Callum Hunter-Hill was just one of the youngsters named in Richard Cockerill’s forward pack and he has given his reaction to the game. 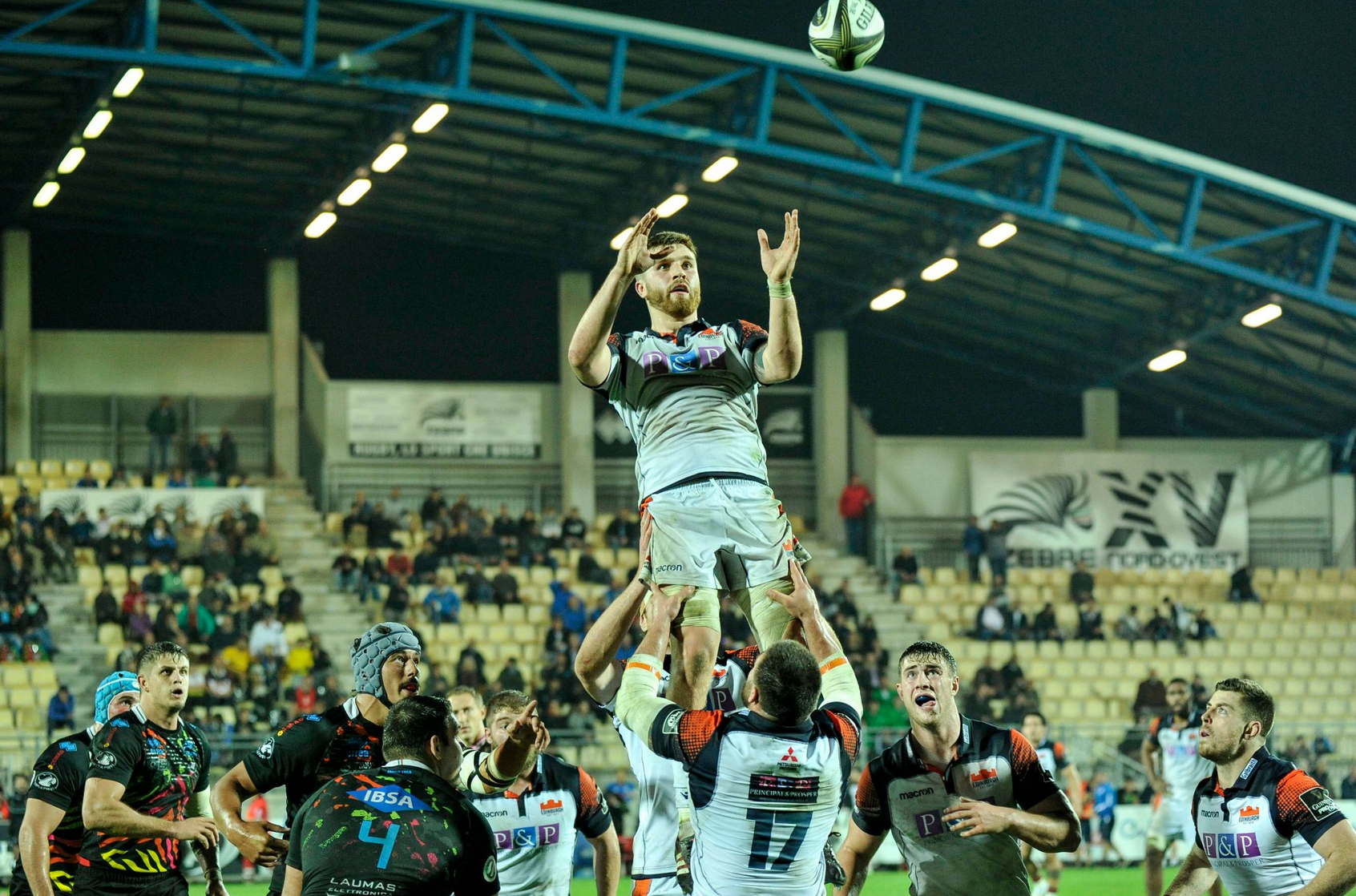 Thoughts on the performance against Zebre

Zebre staged a second half comeback in Parma this past weekend, as they came from being 3-13 behind at the break to secure a 34-16 win. Speaking about the loss, lock Callum Hunter-Hill admitted: “Yes, it was a tough game. It was a shame because I thought we played really well in the first half and we had prepped [for Zebre] hard and did what we said we were going to do in that period.

“That second half it was just individual stuff, I obviously missed a tackle, you know there were a few other ones that led to their tries.”

Hunter-Hill acknowledged that the statistics did not appropriately represent the match, or the final score line. He said: “We had a defensive meeting today [Monday] and all of the stats were great, all the KPIs were great, but that doesn’t matter when it comes to the score line.

“We missed only 11 tackles in the game which is pretty good and they only made four line breaks, but they were all tries from individual errors. What matters is the score line of course, but I thought in the first half we played well.”

The former Scotland Under 20s captain acknowledged: “A lot of things were down to lapses in concentration really, which they capitalised on, but we will look to fix before the Scarlets.”

With nearly 20 players away on Scotland international duty, Richard Cockerill had to look to the depth of his squad, and thus call upon a number of young, less experienced players.

Hunter-Hill spoke about the players in the pack who were afforded their opportunity, saying: “I think we went well as a forward pack and there is a lot of good stuff we can take towards the weekend.

“I thought we fronted up well, the young players did well and we put pressure on their scrum.”

Academy players Jamie Hodgson and Calum Atkinson were also included in the pack, and when asked if he believed they are all ready to make the most of their chance, Hunter-Hill responded: “Of course, and a lot of the other young guys want to step up and fill the boots of the older guys who are with Scotland or who are injured.

“The game is the same as any game, you just feel a bit sorer the next day.

“Guys like Jamie Hodgson did excellently, Callum Atkinson did well and we just have to get used to the intensity.”

In terms of preparation for the professional game, Hunter-Hill expressed his opinion that the being a part of the Scotland Academy definitely benefited his game. He said: “The under-20s experience with Scotland certainly helps you get ready while the Academy works us hard as we are coming through with our S and C to make sure we are ready for the step up.”

Edinburgh’s opponents at BT Murrayfield this week will be former champions Scarlets. Hunter-Hill spoke about how having John Barclay – former Scarlets captain – around the squad could be useful to Richard Cockerill’s men.

Hunter-Hill said: “Yeah, he has been around since the pre-season and he is a really good guy to have around, a really funny guy. And obviously the back-row guys learn a lot from him, while he obviously knows the Scarlets well individually, and as a team, and knows their systems.”

Hunter-Hill may play against such systems, and if he does, it will be his first start for Edinburgh at home – an accolade he would very much value: “Obviously it would be a really proud moment for me.”

He continued: “I would love to play at home for Edinburgh because I haven’t as yet and there are a lot of other guys who perhaps be in the same boat so it could be a big night for us all.”

A second consecutive start will once again throw Hunter-Hill straight back in to the high-pressured boiler room that is the second row of the scrum.

Despite being one of three young starts, Hunter-Hill is actually the player with the most experience. This fact has not escaped him, as he acknowledged: “Yes, it is a bit odd, but obviously I did captaincy stuff with the Scotland under-20s and I am used to trying to take a bit of a leadership role.

“It can be strange when you are trying to lead the other young guys, but you are just breaking through yourself are still a bit nervous, but we all help each other.”

Hunter-Hill once again earned a call-up from Richard Cockerill as the head coach today named him in the team to face Scarlets at BT Murrayfield.