Real Madrid vs Manchester City – the Sterling of it all

Posted on February 25, 2020 by Jamie Braidwood Leave a comment

With some questions surrounding Raheem Sterling’s future at Manchester City and City’s Champions League opponents Real Madrid seeming like a potential destination for the England international, Jamie Braidwood looks at the potential move for the Englishman and what would factor in his decision. 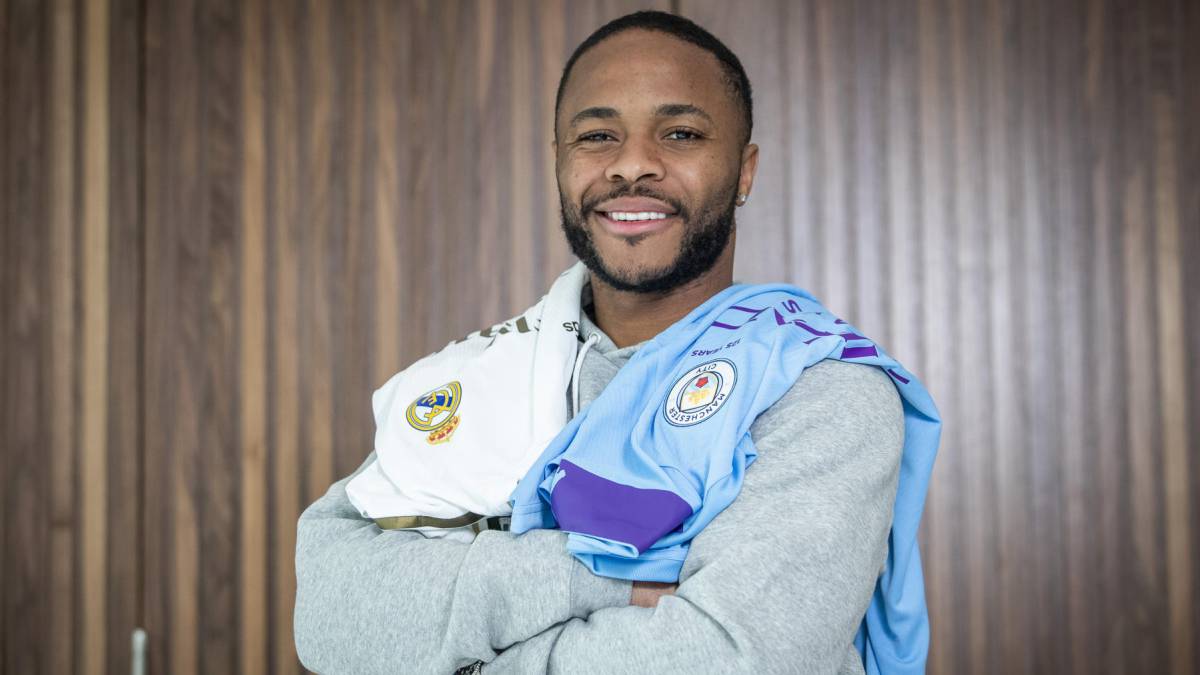 Raheem Sterling poses with a Real Madrid shirt draped over his shoulders alongside a more familiar Manchester City shirt – the England international has certainly got people talking. Photo Credit – Javier Gandul, AS.

Only Raheem Sterling knows how genuine he was being when he told Madrid publication AS this week that he was happy at Manchester City.

But one thing is for sure – the timing of the interview and the image of Sterling posing with a Real Madrid on one shoulder and a City shirt on the other, has certainly raised some eyebrows.

The idea of the England international telling a Madrid newspaper, less than two weeks after his club were banned from the next two Champions Leagues, that the Spanish giants are “fantastic” and “massive” was bound to, of course. It’s not hard to look at the interview and see Sterling batting his eyelashes in Zinedine Zidane’s direction.

Before we get carried away, it’s not unusual for a player to do interviews with foreign press in the week ahead of a European tie, just in the same way that it wasn’t unusual for Borussia Dortmund’s Jadon Sancho to do interviews with the English media ahead of their tie against Tottenham last year. Sterling’s manager, Pep Guardiola, certainly didn’t have an issue with his quotes, saying that his players are “free to say what they think”.

But while that is the case, the scrutiny that the interview is being given is indicative of the uncertainty surrounding City’s short-term future given their impending Champions League ban, which the club are appealing.

In recent seasons, City have been secure in the knowledge that their star players are safe and settled. They have been one of the prime destinations for elite talent. That can no longer be said to be true, with any quotes from players such as Sterling picked through and analysed in microscopic detail.

So here we are, and while Sterling’s quotes on joining Madrid were fairly standard (the 25-year-old spoke respectfully of Madrid, as well as his current club), some of his other comments were of interest. Such as when he said that while he was happy at City, he is “always up for challenges.”

It is a desire Sterling decided to act upon when, approaching the summer of 2015, the winger forced through a move from Liverpool to City in what turned out to be a £49 million deal. 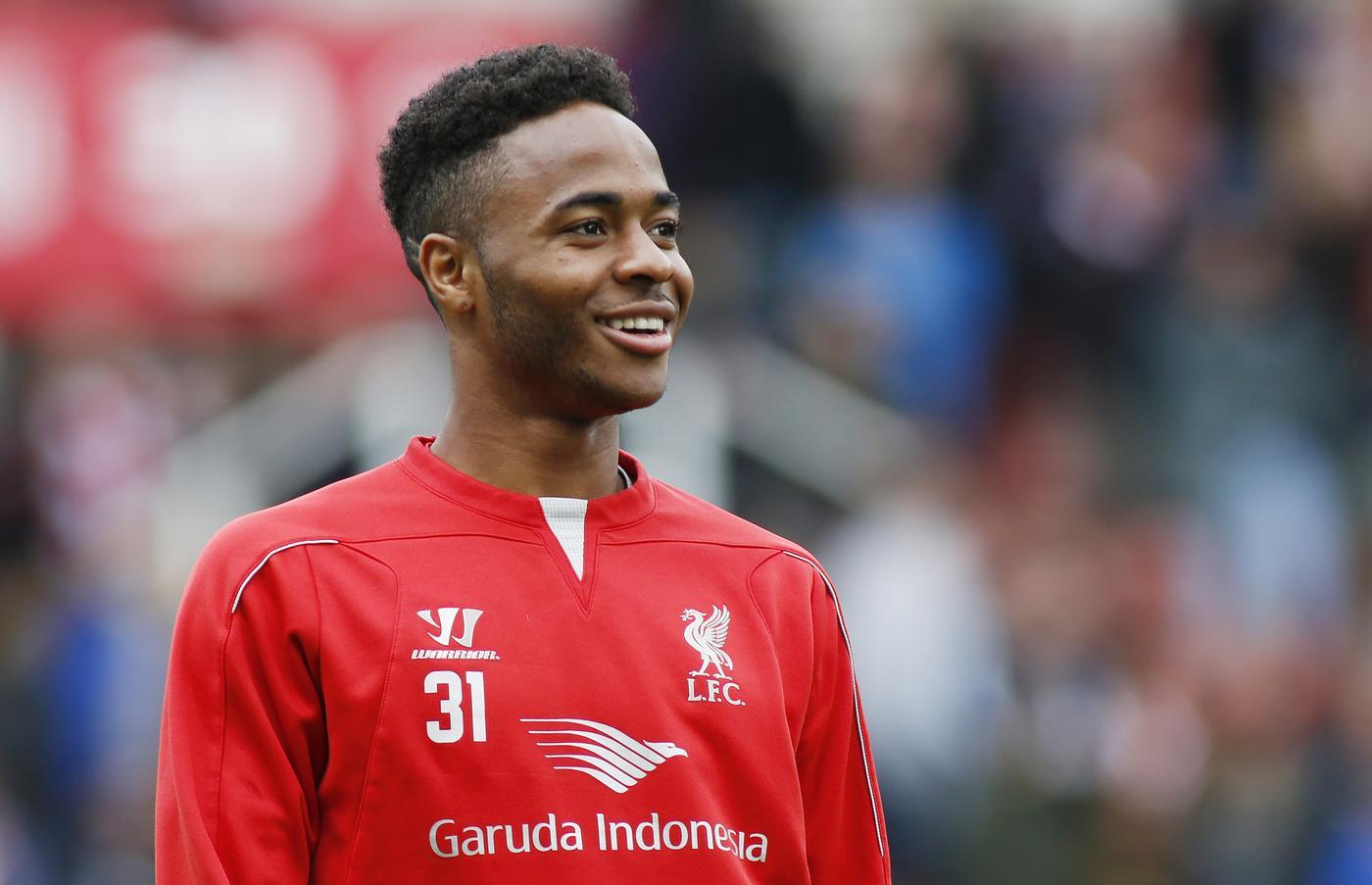 Sterling has already been known to put his own development ahead of club loyalty, as he forced a move from Liverpool to City back in 2015. Photo Credit – Reuters.

Sterling was a far different player then, in a completely different period in his life and development. Despite only being 20, he had been a pivotal member of Liverpool’s first team for two seasons. In the campaign after Luis Suarez and Steven Gerrard left the club, a lot was placed on his young shoulders and in return Liverpool faltered and were heading in the wrong direction.

At the time, Sterling was called “greedy,” among other, nastier things for wanting to move, but in hindsight you cannot argue with his decision to put his personal and professional development ahead of the needs of his former club.

Sterling has more than delivered on the potential he showed at Liverpool, and has developed into one of the most effective forwards in the world under Guardiola over the past four seasons. His attacking output in terms of goals and assists went through the roof when Guardiola arrived in England, while he has picked up two Premier League titles and won a number of individual awards.

But there is one prize in particular that eludes him, which Sterling mentions in his interview with AS, that offers a particular glimpse into his mindset at this moment in time.

Sterling was awarded Young Player of the Year last season, but finished second to Liverpool’s Virgil van Dijk for the overall Player of the Year. That’s despite Sterling scoring 17, assisting 10, and playing a vital role as City pipped Liverpool to the title. 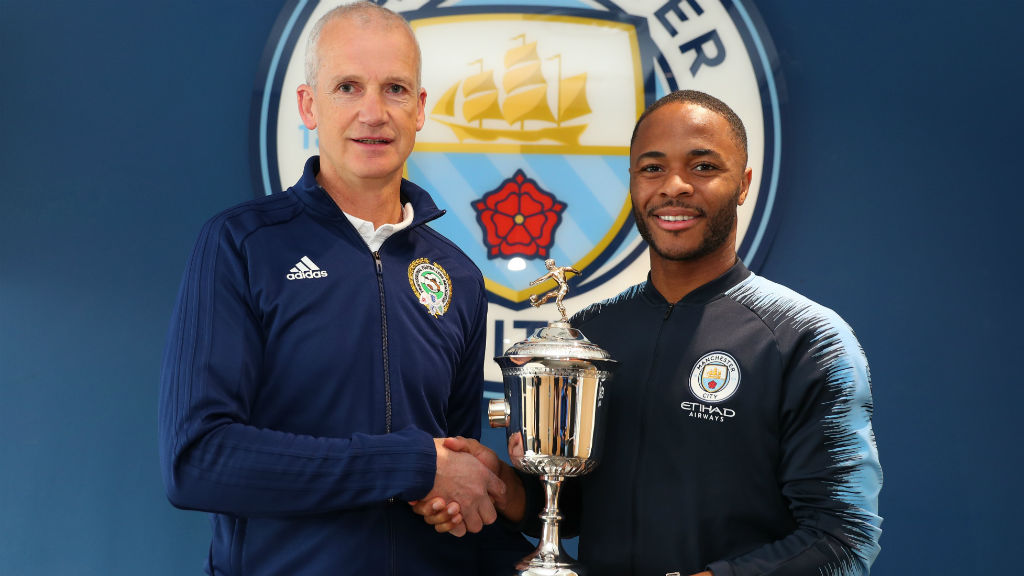 Of course, van Dijk’s impact in his first full Liverpool season was immense, and his individual performances combined with Liverpool’s defensive record meant that he was a worthy winner. But it was a situation that Sterling and City were more than aware of after Mohamed Salah was awarded Player of the Year the season before, rather than a member of the City team that reached a record 100 Premier League points.

Does this matter? To you and I, probably not, but to professional footballers, I imagine it matters quite a bit.

As Sterling himself told AS: “I think that certain players are not treated in the same way when they are from different football clubs across the country and across the world over the past few seasons.”

So when Sterling talks about new challenges, that could come from a place of frustration. A belief that, for as long as he stays in England with City, he won’t be recognised ahead of his rivals in Liverpool, he won’t receive the same levels of individual adulation that his talent and numbers could potentially receive elsewhere.

Following this logic, the Ballon D’Or would be Sterling’s ultimate ambition, and while Sterling doesn’t mention the Champions League in his interview, success in one invariably leads to success in the other.

Which brings us onto Madrid. Whatever way you look at it, Sterling’s path to where he ultimately wants to get to goes through the Spanish city. His involvement in Wednesday’s round-of-16 tie could be crucial to City’s progress. You just have to look back to City’s quarter-final defeat to Spurs, in which Sterling was the best player on the pitch and didn’t deserve to be on the losing side, to see how much he wants to win this competition.

If that’s not possible at City over the next two seasons, then there’s certainly an obvious destination where it would be. Although Madrid won’t exactly be rolling out the red carpet for Sterling on Wednesday night, it’s not hard to envisage a situation in the near future where they could be doing just that at the Bernabeu.

It’s not down to any of us to question Sterling’s ambitions, but there is more than one reason for him to act quickly. Sterling only has to look at the injured Eden Hazard and his disrupted first season in Madrid, to see how the years of being kicked and bruised in the Premier League can take their toll.